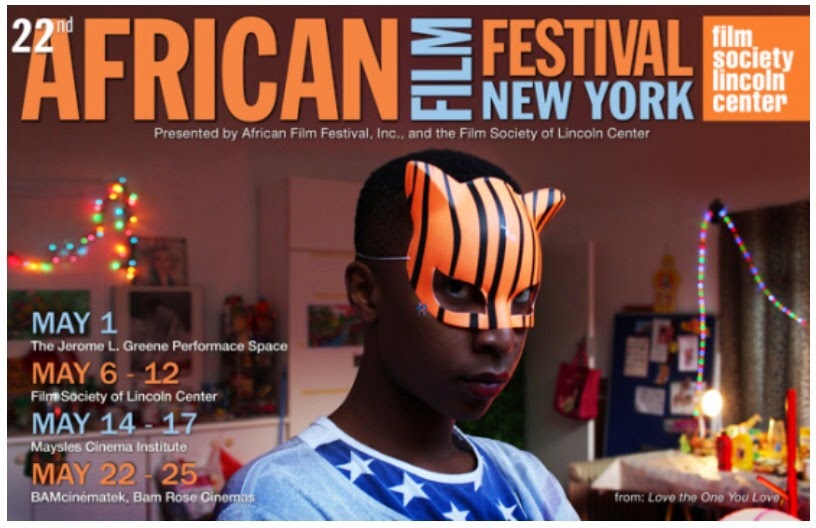 THE 22nd cinematic curation of the New York African Film Festival starts Friday May,1 2015 with a dynamic Opening Night Town Hall celebration to preview this year's selections and programming honoring the theme of "International Decade of People of African Descent."

FOR over two decades, NYAFF has created diverse programs which empower audiences, provide a forum for filmmakers, impact New York City and change our view of the world. The New York African Film Festival is co-presented with Film Society of Lincoln Center and Brooklyn Academy of Music and also features screenings at the Maysles Cinema in Harlem.

FILMS unspooling this year are as diverse as ever representing stories and collaborations from the African diaspora from such countries as Brazil, Senegal, Austria, Sweden, France, Ghana, Germany, South Africa, Spain, Mexico and the USA.  NYAFF also delivers filmmaker panels open to the public and this year's festival will feature a filmmaker Pitch Session for budding cineastes.

ALL you need to know about the 2015 New York African Film Festival (NYAFF) is available at AFRICANFILMNY.ORG.  SO LOG IN NOW.
Posted by FLICKERIA at 3:23 PM No comments: