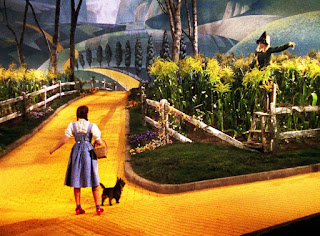 Leaving a legacy is no small performance for those who once lived. I only when I got to university, read the L. Frank Baum novel, and saw the play, did I fully understand the nuance, metaphor, milieu and true marvel of The Wizard of Oz. As a child, not even Dorothy's sparkling ruby red kicks nor her lush vocal chops could hold my attention.

Safe in my metropolitan 'Kansas', I was not searching for a wizard. Nor did I require an escape from my place in this world. There was no place like my home. Full of glory and excitement, having two loving parents, tons of sisters and brothers, a house of love falling upon me each day, and occasionally a family pooch to keep me moving gaily forward.

Today, I learned Jerry Maren, the last surviving munchkin from The Wizard of Oz passed away. Maren will surely ease on down the road and find Hollywood immortality and beyond. On screen, he represented the Lollipop Guild and famously gifted Dorothy (Judy Garland) the large, red and white swirled lollipop just before she and her pup, Toto, headed onto the yellow brick road to self-discovery before encountering the Wizard.

Released in the cinematic landmark year of 1939 by MGM, The Wizard of Oz won two Oscars, both for music, Original Song and Original Score and remains a favorite all across the globe.

There remains and shall always be, that and those, never to be clicked away.
Posted by FLICKERIA at 12:57 PM 1 comment:

Blueprint to an Oscar

Recently I was asked if the wildly lauded and multi-Oscar nominated film 'Moonlight' reminded me of my first film 'Blueprint.'  With a ton of trepidation, I responded, "Yes."

Both 'Moonlight' and 'Blueprint' share and explore certain and similar narratives, aesthetic and imagery.  However, 'Moonlight' director, Barry Jenkins, original text writer, Tarell Alvin McCraney, and I share very different experiences warehoused in familiar human vessels.  At our most visual, we are African American.  We are men.  At our creative core, we have been reared, cultivated, educated, slain, and rendered invisible and uniquely marginalized, if our achievements are off of the sports grids.  With this, it makes my, and maybe Barry's and Tarell's' storytelling and view of our shared world very special and quite nuanced.

As a filmmaker, 'Blueprint, was deliberately inspired by two (2) things.  The first was the lack of images which unfolded my particular life scenario; and, secondly, Marlon Riggs' 'Tongues Untied', Kai Wai Wong's 'Happy Together,' Jenny Livingston's 'Paris Is Burning' and Spike Lee's 'Do the Right Thing.'  I intepret, output and share with the world via my art, language and expression based on all of my days before today, all the way down to the shores of my ancestors' original departure.

So as I cheer on the filmmakers of 'Moonlght' from Director to Grip, I know 'Blueprint' is apart of the DNA and path into the Oscar spotlight and gold standard.
Posted by FLICKERIA at 1:39 PM No comments: 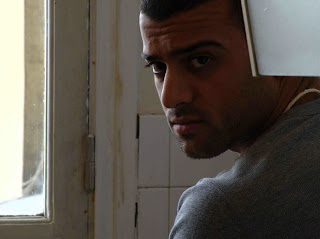 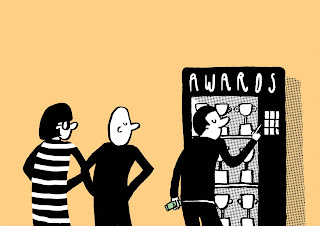 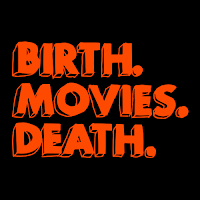 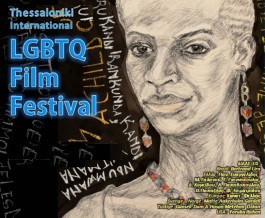 Known for its highly selected programming, TGLIFF always delivers a provocative slate of stand-out international cinema gems which veers entertainment into the fresh voices shaping the future of cinema and well beyond. Thessaloniki provides emerging filmmakers a platform to showcase their talent and vision while unfolding story narratives addressing issues in human rights, political, environmental and global issues without being didactic or pedantic.

Although our French-American-Arabic collaboration, Julien's Bed, screening has been pushed back until 2017. Flickeria is proud to be included into such an important world film festival and among those designing the future.
Posted by FLICKERIA at 7:57 AM No comments: 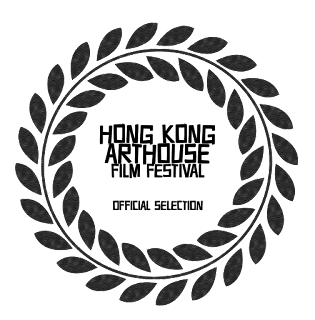 Flickeria is proud to announce our latest film Julien's Bed is now an Official Selection of the Hong Kong Arthouse Film Festival.
Posted by FLICKERIA at 11:19 AM No comments: