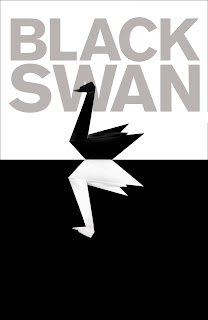 Darren Aronofsky brings it again. Another psychological thriller full of modernity. While mainstream movie goers may be lured into the cinema under the pretense of cat fighting, lesbian affairs and girls dancing, Black Swan really is about survival and giving your all for success in your chosen field of expertise.

Although Nina is beyond perfect to play the White Swan, Thomas wrestles if Nina has the wicked interior coupled with a sexual know how to bring the Black Swan to life. This is when a new dancer, Lily (Mila Kunis) a hipster ballerina with lots of edge from San Francisco enters and impresses Leroy. As the two young dancers expand their rivalry into a twisted friendship, Nina begins to get more in touch with her dark side - allowing her to do what it takes to be a black swan.

Natalie Portman is wonderful and deserves her praise and awards which are sure to come her way. Aronofsky orchestrates a near perfect ballet out of film. The audience was clearly thrilled and baffled, filled with awkward laughter and lots of twisting and turning in their seats.

In the end, I clapped softly for the performances, while others sat in the awakening white light of perfection like doomed deer in the headlight.
Posted by FLICKERIA at 7:41 PM No comments: 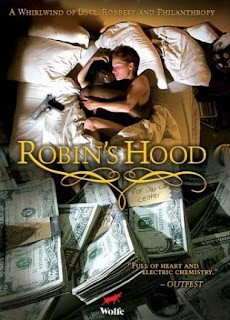 I've often debated about gay/lesbian cinema: why is it lesbians come up with great stories and filmmaking, while gay men (and their hetero counterparts) plant and weave every known stereotype about gay men into every film?

This rainy Sunday afternoon, I stumbled across an excellent indie lesbian movie called Robin's Hood. From start to finish, I was completely engaged. Robin Hood is the unlikely story of two woman in Oakland, California on the same wrong side of the tracks on the opposites sides of shared wrong tracks yet each struggling in their own way to make life, their lives, other lives and really the world a better place.

Refreshing, smart and taking its name from the legendary hoodster, Robin's Hood is an amped up urban lesbian re-vision. Brooklyn (Clody Cates) is a cute French/American lesbian who has settled into making a living as a thief. Brooklyn also loves the ladies and there seems to be a lot of them, until she meets a social worker with a heart of gold named Robin (Khahtee Turner).

Robin is trying to make a difference in her urban community, unfortunately the system doesn't allow her to do what's best for her clients/community. Soon Robin is looking for a new job. What may have worked in Sherwood Forest during medieval times certainly calls for a cultural, political, racial, social and gender makeover as Oakland is the good ol' USA where being Black, gay, unemployed, educated and in a mixed race relationship immediately and abruptly brings a modernity to Robin's current hood and urgency. Robin and Brooklyn are pseudo contemporary folklore, however, definitely not living in a fairy tale. Robin's Hood is another look into the what is wrong in our nation and the tremendous odds and challenges faced each day by everyone.

Simply put, Robin's Hood is a really good film, director Sara Millman is definitely a filmmaker with a very bright future ahead. Thank goodness for oversize flat screens where one can generate a theater feel to get the maximum cinematic effects of an overlooked gem like Robin's Hood.

Demand Robin in your hood now!
Posted by FLICKERIA at 2:56 PM 1 comment: 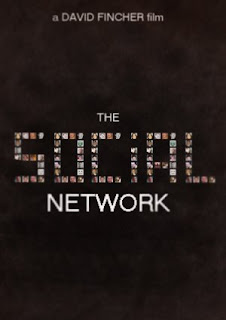 Unsocial Behavior Leads Geek to Billions -- In a twist of irony, I caught The Social Network at the $3.00 movie theater.

The Social Network is pretty amazing cinema. While all of the actors will be overlooked at Oscar time, mainly because they are too young, very nerdy, did not commit murder, no random sex nor did they blow up their dorm, rather they simply changed the world and the way we communicate - well forever.

Although The Social Network is the age old story of greed, betrayal, privilege and self-identification. Director David Fincher unfolds the plot masterfully sucking you in and bringing you up to date via flashbacks as told doing arbitration by all parties involved in the creation of Facebook. It is not a new way but Fincher makes it feel new and fresh while entertaining and tantalizing.

This youthful cinematic portrait of 21st century success is boldly modern cinema, yet because the foundation and tenets of filmmaking was honored and measured The Social Network is an instant classic contemporary drama.