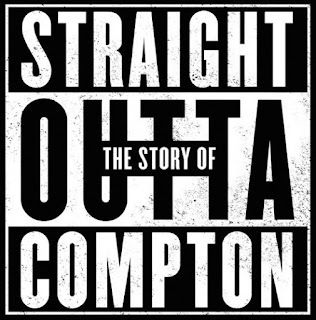 Hollywood has been given a black eye as "Straight Outta Compton' collects over $110 million at the boxoffice in less than two weeks becoming the unsung hero of summer 2015.

The making of and getting 'Straight Outta Compton' into cinemaplexes around the United States is reminiscent of 1976.  Last week, TVOne's brilliant docu-series 'Usung Hollywood' presented the back story on the groundbreaking film 'Car Wash.'  Today 'Car Wash' is a cult classic film throughout the American landscape; however, as the story goes, Hollywood suits at the time, 1976, claimed not know how to market the film, unfold the story, cast the actors, edit the final film or deal with the movie. "It's a black film!, Hollywood players declared.

At Cannes, the Jury wanted to award 'Car Wash' its highest honor, the Palme d'Or; however, the two American jurors strictly forbid this.  In retaliation and fully recognizing its importance and true value, the other jurors created two special awards for 'Car Wash' recognizing its importance to international cinema, when the Americans were reluctantly to see the bigger picture and the future of global filmmaking.

It is unfortunate Hollywoodteurs continue do not want to understand, see, proper and create a rich legacy from inclusive cinema.  Like 'Car Wash,' through 'Straight Outta Compton' Hollywood has another opportunity to change, update, and modernize the rules of its way too exclusive game.
Posted by FLICKERIA at 10:24 AM No comments: 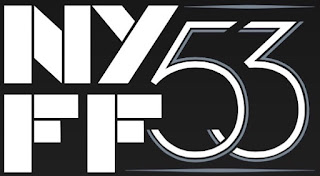 The 53rd cinematic curation of the New York Film Festival has been announced.  This year's stellar array of international movie flickery highlights the best in world cinema, featuring films from celebrated filmmakers and emerging talent over 17-days in Manhattan.

Unspooling begins on September 25th with director Robert Zemeckis' The Walk and wraps on October 11th with actor Don Cheadle's directorial debut, Miles Ahead, about iconic musician, Miles Davis. NYFF/53 offers 26 film gems including the World Premieres of Steven Spielberg’s Bridge of Spies, starring Tom Hanks in the Cold War story of the 1962 exchange of a U-2 pilot for a Soviet agent and Laura Israel’s Don’t Blink – Robert Frank, a documentary portrait of the great photographer and filmmaker.

For the first time, New York audiences will get to view Cannes 2015 Best Director Hou Hsiao-hsien’s The Assassin and Todd Haynes’s Carol, starring Rooney Mara.  Other notables filmmakers returning to NYFF with new works include documentarian, Michael Moore, with Where To Invade Next, which takes a hard and surprising look at the state of our nation from a fresh perspective; NYFF mainstay Hong Sangsoo, who will present his latest masterwork, Right Now, Wrong Then, about the relationship between a middle-aged art-film director and a fledgling artist; and French director Arnaud Desplechin, who is back with the funny and heartrending story of young love My Golden Days, starring Mathieu Amalric and newcomers Quentin Dolmaire and Lou Roy-Lecollinet.

Director and Selection Committee Chair of the New York Dilm Festival, Kent Jones says, “I could talk about the geographical range of the films in the selection, the mix of artistic sensibilities. . .but the only thing that really matters is how uniformly beautiful and vital each of these movies are.”

Tickets are on sale now.
Posted by FLICKERIA at 8:07 AM No comments: