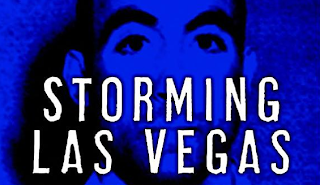 The bug in my ear reports Summit Entertainment has acquired screen rights to John Huddy's non-fiction book Storming Las Vegas: How a Cuban-Born, Soviet-Trained Commando Took Down The Strip to the Tune of Five World Class Hotels, Three Armored Cars, and Millions of Dollars with Antoine Fuqua attached to direct with Lorenzo di Bonaventura producing.

Published in 2008 by Random House, the book tells the rags-to-riches story of a modern day Robin Hood, Jose Vigoa. Vigoa was a larger-than-life Cuban born commando veteran of the Soviet army who found his way to Las Vegas in the 1990s when the casinos were trying to embrace a squeaky clean image. Along with his crew, Vigoa embarked on a violent 16-month crime spree targeting some of Sin City's most prominent casinos.

Ultimately, Vigoa was pitted against a 23-year veteran of the Vegas police force, who was charged with tracking down Vigoa and his cohorts without letting the story make the papers and spoil Vegas' image -- something that decades of prostitution, gambling, racketeering, gangsters, mobsters, public drunkenness, pole dancing, frizzed out cotton-candied coiffed hair, and miles and miles of sand dusted spandex and polyester couldn't do.
Posted by FLICKERIA at 11:29 AM No comments: 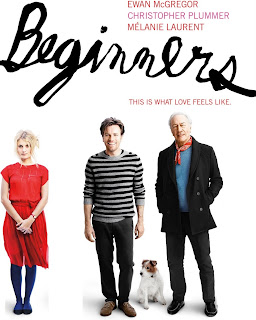 Could it be beginner's luck? Currently playing in cinemas is the terrific film Beginners starring Christopher Plummer and Ewan McGregor.

Beginners is like a ice cream treat in the summer heat. Directed and written by Mike Mills, Beginners is the perfect film to escape the sweltering temperatures and obsurdity of the current summer blockbusters and Hollywoodteur tentpole frenzy. Plummer stars as Hal, a widower and father of a single thirty-something son Oliver (McGregor). While Hal is resigned to and begins to live his real life upon the death of his wive of forty-four years, Oliver is learning to make deeper connections and how to construct a romance of his own with the lovely Anna (Melanie Laurent).

With inspired editing and fresh story sequencing, Oliver reflects and analyzes childhood memories of his parents' long marriage and acts of affection. He soon learns relationships and marriages of all kinds and types are simply about communication and self definition.With a touch of irony, I watched Beginners in New York City's Chelsea neighborhood on the very first day of legalized gay marriages. I sat watching a film that suggests it is not about religion, family or government approved relationships, it is a mutually and self satisfying commitment you can (and must) create for you and with your partner.

Look for Beginners to be apart of the upcoming award season's nominations and winners roll call as both Plummer and McGregor are fantastic. Beginners is a wonderful film that is the perfect beginners' film for people who leery of independent film. Here is a nice story and a great film.
Posted by FLICKERIA at 10:08 AM No comments: 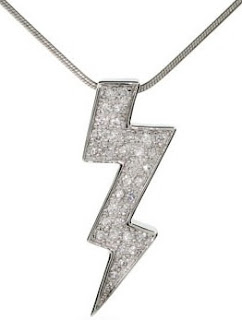 Struck By Lightning is the story of a young guy, played by Colfer, who is struck and mortally wounded by lightning and chronicles through a serious of flashbacks his mischievous exploits, schemes and blackmails of his fellow classmates as he forces them to contribute to his literary magazine. David Permut is producing with Rob Aguire and Mia Chang. Colfer and his manager Glenn Rigberg are executive producers with Jason Michael Berman.

Colfer who recently announced he will graduate from Glee next season is a busy guy, having recently written a pilot for Disney Channel, The Little Leftover Witch, based on the children's book and will also publish two (2) books with Little, Brown Books for Young Readers that will be released in summer 2012.

Congratulations are also in order as both Colfer and Hendricks received 2011 Emmy nominations for their amazing work on Glee and Mad Men. Respectfully.
Posted by FLICKERIA at 11:24 AM No comments: 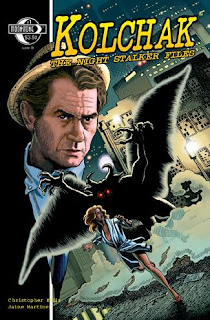 Did you know actor Johnny Depp had a production company? Given his anti-Hollywoodteur behavior, most may find such movie mogul business affairs a bit out of sync with Depp. But not really, the thespian is one of the most financially and critically successful cinema products ever. And he does possess a French significant other, unmarried (but not single) status, children and a French chateau.

So word is. . . .Johnny Depp's production company, Infinitum Nihil, is teaming up with ultimate Hollywoodteur branding operative Disney on a feature film version of the '70s TV movie The Night Stalker. First seen in the 1972 telepic, The Night Stalker featured tabloid styled reporter Carl Kolchak (Darren McGavin) hunting a serial killer who was draining the blood of beautiful girls on the Las Vegas strip. At its time, Stalker was pretty scary stuff for television (no cable peeps). Depp is the potential star and he and his Infinitum Nihil partner Christi Dembrowski will produce with David Kennedy executive producing.

Dembrowski and Depp expressed glowing memories of the ABC telepic and series Kolchak: The Night Stalker and pitched Disney's Rich Ross and Sean Bailey the Chicago based investigative escapades of Kolchak, a trouble magnet for supernatural situations requiring his inventive skills to destroy vampires, werewolves, zombies and other unearthly creatures, of which, Kolchak has to convince his skeptical editor the stories were not products of his active imagination. 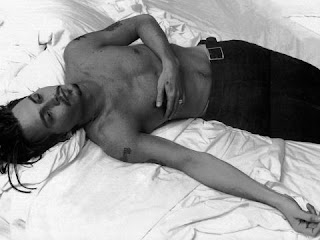 Depp and Dombrowski, whose Infinitum Nihil has a production deal with GK Films are busy boys with The Rum Diary written and directed by Bruce Robinson and starring Depp released by FilmDistrict coming in October and the Martin Scorsese directed 3D Hugo Cabret hitting screens on November 23rd. Currently they are now shooting the TV series transfer, Dark Shadows, at Warner Bros, with Depp starring and Tim Burton directing.

Who better than the edgy international unmarried family man Johnny Depp to push the boundaries of the Disney family film formula. Disney, under Ross and Bailey's tutelage, has also taking on one time FBI filed west coast gangster rap artist Ice Cube (N.W.A.) with his feature directed Chrome and Paint.

What next - a Minnie and Mickey Mouse 3-D anime romp tape?
Posted by FLICKERIA at 11:40 AM No comments: 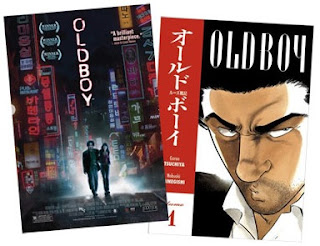 Mandate Pictures has signed Spike Lee to direct a remake of the highly acclaimed South Korean film and person favorite, Oldboy. Mandate President Nathan Kahane will executive produce a screenplay adaptation from Mark Protosevich, who will co-produce. Roy Lee and Doug Davison (The Departed, The Grudge) will produce.

Oldboy, the original, was directed by Chan-wook Park and released in 2003 taking the Grand Prize Jury Award at the 2004 Cannes Film Festival. Oldboy unfolds the story of a man who is kidnapped and imprisoned on his daughter’s birthday. For fifteen years, he is held captive. Upon his release, he begins a quest for vengeance and the reason for his imprisonment. He soon finds out his kidnapper is not done with him yet as more torture awaits him.

It will surely take expert scripting to translate and retool such a fantastic and inventive film. The best news is, now American movie lovers might see the original. Original - a word not easily spoken, embraced or loved by Hollywoodteurs - hence the remake.

Posted by FLICKERIA at 12:02 PM No comments: 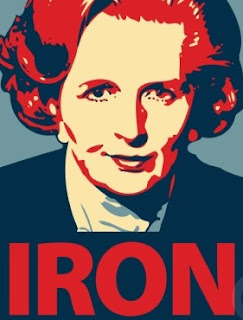 Although it is only July 2011, the leading contender for the 2012 Oscar Best Actress category is Meryl Streep for the upcoming biopic The Iron Lady. In Iron Lady, front-runner Streep brings to life the first woman and former Conservative Prime Minister of the United Kingdom who served from 1979 to 1990, Margaret Thatcher.

Here is a first look Ms. Streep as Margaret Thatcher in the Weinstein Company's The Iron Lady, which is due out December 16th in a Oscar Hollywoodteur Weinstein generating release before opening nationwide in 2012.

Today, Thatcher remains a figure who revitalized Britain's economy, impacted the trade unions, re-established the nation as a world power, increased personal wealth, achieved victory in the Falklands Islands conflict and forged alliance with the Reagan's 1980s glamocratic United States.">
On the flipside, Thatcher's premiership was also marked by high unemployment, social unrest, drug abuse and family breakdown. Speaking in Scotland in April 2009, before the 30th anniversary of her history election as Prime Minister, Thatcher insisted she had no regrets and despite being Britain's first woman Prime Minister, some critics contend Thatcher did little to advance the political cause of women, within her party or the government, and some British feminists regarded her as "an enemy."

Sounds like Oscar fodder.
Posted by FLICKERIA at 1:43 PM No comments:

A series of calamities caused Vergara to step out of her Paperboy role after Tobey Maguire dropped out of the cast altering the production schedule with a trickling effect. Now principal lensing is slated for later this summer.

Paperboy is an adaptation of Pete Dexter's novel, The Paperboy and centers on a reporter and his brother who investigate the events surrounding a murder in order to exonerate a man on death-row. Kidman will play a woman with a dark side who writes letters to men on death row. She brings the case to the attention of the reporter, developing a relationship with him.

Looks like Daniels knows how to pick Oscar potential material - proving steering clear of the Hollywoodteur format does work and can generate gross international and domestic box office receipts.
Posted by FLICKERIA at 8:01 AM No comments: 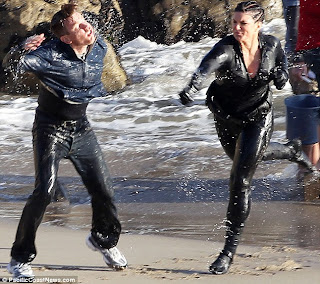 Relativity Media is taking over the U.S. distribution of Steven Soderbergh’s Haywire from Lionsgate. The action film has a high profile cast featuring Antonio Banderas, Michael Douglas, Gina Carano, Ewan McGregor and Channing Tatum will now be released in January 2012.

Haywire was produced before it had secured a distributor; however, if your name is Soderbergh, you don't fret as you know your vision will be paid for and well distributed. This time Hollywoodteur producer Ryan Kavanaugh’s Relativity cashed Soderbergh's dream out.

Apparently Relativity needs film product and has been aggressively going after projects, and if you are a Hollywood child, Relativity has cash to throw around for flickster sell-outs. Previously title Knockout, Haywire tells the story of a freelance covert operative (Carano) who is betrayed during a mission in Barcelona. The screenplay was written by Lem Dobbs with Gregory Jacobs and Lem Dobbs producing.

Soderbergh has had one of the more interesting raises to Hollywood statue, truly selecting projects that reflect his love of the craft and art of filmmaking and storytelling. One can always expect a certain freshness in a Soderbergh film joint. Here is a peek at Haywire in production.
Posted by FLICKERIA at 9:09 AM 1 comment: